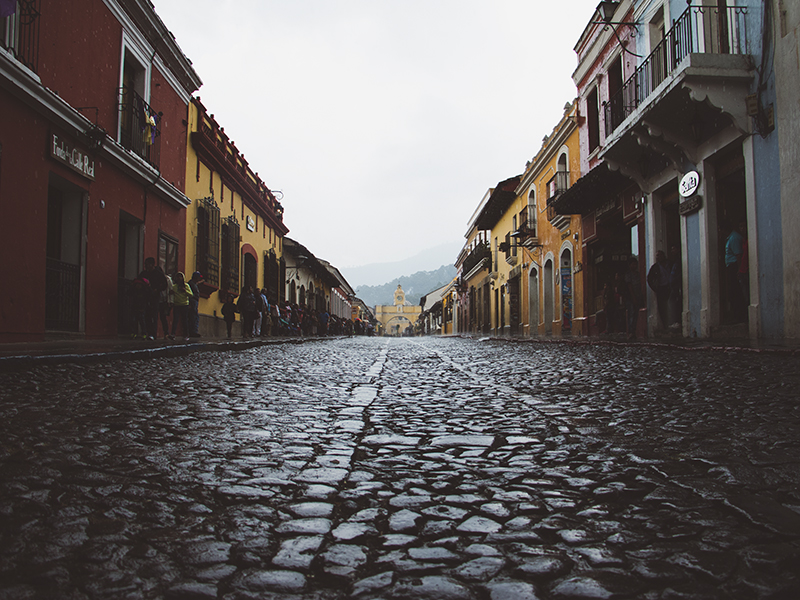 Those words were uttered by a tattered stranger whom I met outside the airport in Guatemala City. He’d just climbed into the front passenger seat of a shuttle, where my girlfriend Dasha and I had been sitting patiently as we waited for our departure to the city of Antigua.

“How long have you two been in here waiting,” he asked as he spun around to face us in the back of the van.

When my eyes met his, I immediately sensed there was something strange about this man.

His body told the tale of an average American man in his late 50s. He was white, average in height, – perhaps a bit on the skinny side. He wore a long-sleeved polo, slacks and a baseball cap which served to hide a balding crown underneath.

His face told a different story.

His gaunt square jaw was dotted with a salt and peppered five-o-clock shadow that seemed to accentuate the horizontal wrinkles on his head and neck. His eyes were weary and wild. His expression, disconcerting.

He let out an exasperated sigh.

“We’ll be here all day,” he said. “They won’t leave until this whole van is full.”

“No,” I interjected, “The driver said we’d leave within an hour.”

He pressed his lips tightly together and let out a loud, psshhhhhhhhhh!

As he turned away from us, my wide, stupefied eyes slowly glanced to Dasha, who was wearing a similar befuddled expression. Those aren’t exactly the words you want to hear when you’ve literally just stepped foot in a country. I suppose I would have been just as skeptical of this man, had he made a ringing endorsement of Guatemala. Still, his comments seemed wildly out of place.

It wasn’t even 15 minutes before our strange new “friend’s” opinions on Guatemalans were put to the test.

During my travels, I typically carry a hidden pocket that attaches to my belt loop and tucks into my pants. I usually keep my passport and one credit card in the hidden pouch, while the rest of my cash and cards stay in my normal wallet.

Being the clumsy, and at times, absent-minded fellow that I am, I forgot to re-attach the pouch to my belt loop after removing it during the last security check I’d gone through. Instead, I’d simply stuffed the pouch in the shallow front pocket of my shorts.

At some point, while waiting for the shuttle to fill, I briefly stepped outside to stretch my legs. I climbed back into the van and sat for a few more minutes before I heard someone say, “excuse me sir.”

I turned to see a small Guatemalan boy, about 10-years-old, standing just outside the shuttle door. In his small stretched out hand was my hidden pocket.

“Is this yours,” he inquired.

I couldn’t begin to express my gratitude. My mind immediately wondered what the man in the front passenger seat was thinking.

We gained two more passengers before we finally departed for Antigua. The van wasn’t full, but I suppose five customers were enough for the driver to turn a profit. We rolled out of the airport and into the crowded streets of Guatemala City.

As we crept through rush-hour traffic, Dasha and I began to make small talk with the other passengers. Mike, an American from Missouri, was to be married in Cancun, Mexico in less than a week. His brother had planned him a three-day bachelor party in Antigua.  Isabel, a young Spanish lawyer living in Mexico City, was on a short vacation.

As backpacking millennials are apt to do, we talked of school, politics, current events and shared stories from our individual travels. But it was when we began sharing what had planned for our stay in Guatemala that the old rugged man felt inclined to butt in.

“Do you know what the country with the highest murder rate in the world is?”

“Honduras,” I said with a shrug.

The old man shook his head.

“Of course most those murders are prostitutes and bus drivers,” he continued. “About 100 prostitutes per year are murdered in Guatemala City.”

Everyone in the back of the van had the same deer-in-the-headlights expression on their faces. No one said it, but we were all thinking it.

Who the hell is this weirdo?

It was like that for the rest of the two-hour journey. The four of us in the back seat would be in mid conversation before the stranger would pivot in his seat and grant us more of his infinite wisdom.

“Did you know that one out of every 10 bus drivers are murdered in Guatemala City?”

No, we didn’t know that.

“What’s the only country in the world without a postal service?”

“There’s no government in Guatemala,” he continued. “It’s a functioning anarchy.”

The more he talked, the more eager I grew to escape the conversation. But it was no use.

When we were mere miles away from our destination, I finally just had to ask…

“If you hate Guatemala so much, why are you traveling here?”

“I live here,” he casually replied.

It was all I could do not to let my jaw drop to the floor. This guy had just sat and verbally bashed his home for two-straight hours.

“Well, not here (Antigua),” he corrected himself.  “But I live in a town on the coast.”

“Why did you move here then,” asked Dasha.

“When I originally moved here 10 years ago from Chicago, it wasn’t so bad,” he said. “But corruption just made the government worse and worse to the point where it doesn’t function. So now it’s a country on the verge of collapse. It’s complete chaos.”

Dasha and I exited the shuttle shortly after we learned the stranger’s revelations. But my encounter with this man has remained firmly in my mind ever since.

Who was this peculiar old man and why did he move from the states to Guatemala? Moreover, why did he continue to live in a country and amongst a people he so despised?

My brain began to come up with elaborate stories, desperately seeking to explain this mystery.

Perhaps he was a criminal. If he moved to Guatemala around 10 years ago, the government would have been recovering from a long civil war. It stands to reason that a fugitive would be able to find refuge in a state that was on the mend.

Either way, the picture he tried to paint of Guatemala and its people was daft and full of reckless hyperbole.

Nonsense. During my travels, I found most Guatemalans to be utterly warm, honest and caring. Of course, I assumed as much before I even stepped foot in the country.

Sure, Guatemala has its problems with corruption and violence. Most countries do. But on the whole, it’s an extraordinary country with amazing landscapes, colorful culture and friendly, hardworking people.

I suppose it’s common to mischaracterize and harshly judge the place you call home. I’m often critical of  small town culture in my home state of Georgia. I despise the often reinforced stereotypes that come with being a rural southerner in the United States.

It’s easy to point out the worst in people and places when you know them so well. And to be sure, there is certainly a time and a place for criticism and reform.  But if there’s one thing I’ve learned through my travels, it’s that unhinged cynicism is no way to view the world.

Cynicism without effort or action devolves to nihilism. And our strange friend on the van certainly seemed to fit that meaningless, joyless bill.

Me? I prefer to live my life with a philosophy of skeptical optimism.

Let me know about your weirdest lesson learned while traveling in the comments below. 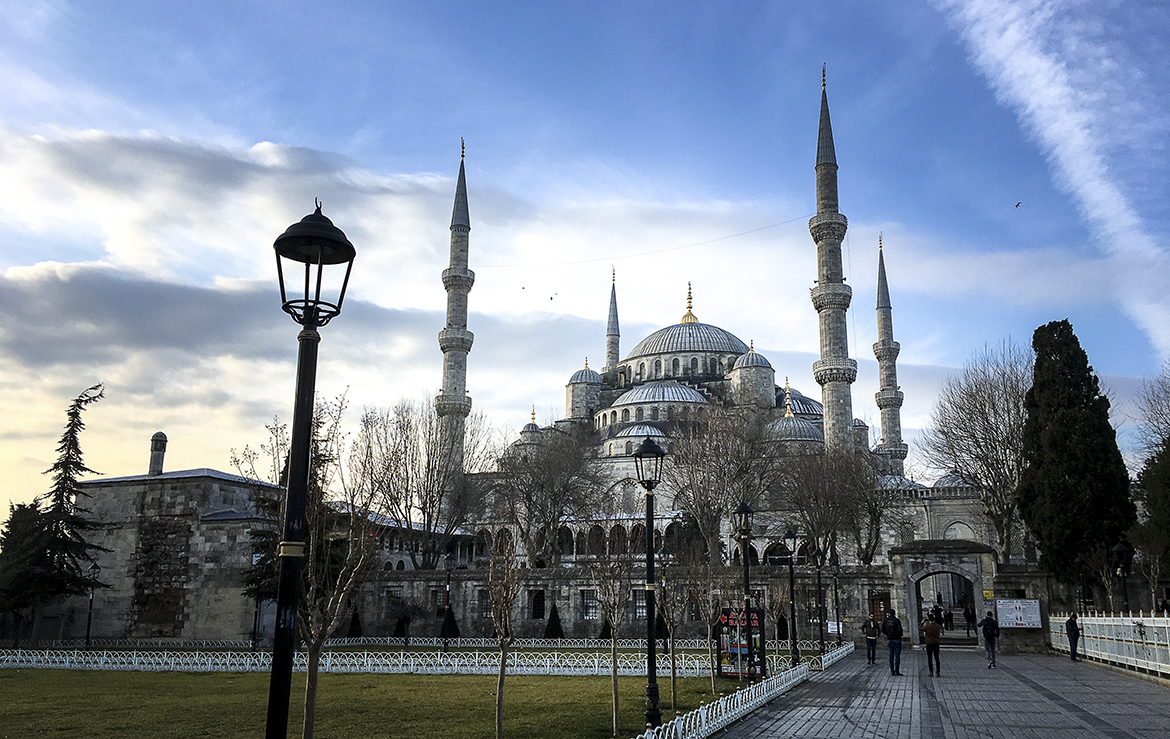 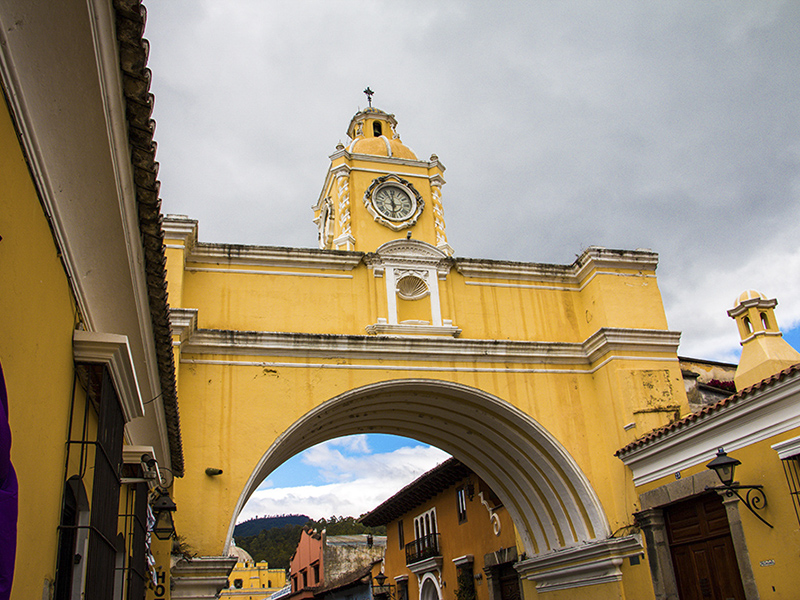 A Budget Guide to Antigua, Guatemala 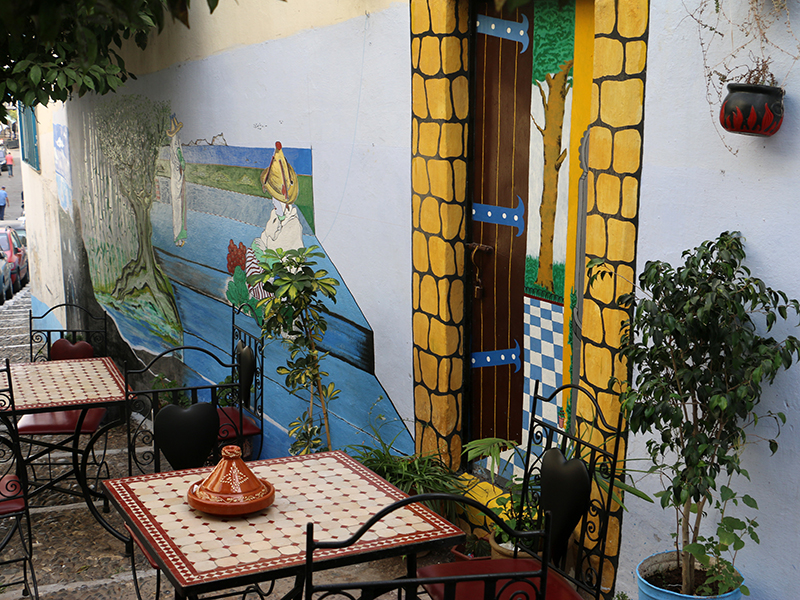